Congratulations to Beth Eite who has raised over £600 for Leytonstone charity Carefree Kids in last Sunday’s Marathon.

Beth was the first person to enter the marathon on behalf of the charity and the money raised will go towards a much needed new playbus, which is used in schools throughout Waltham Forest and surrounding boroughs to help troubled kids, as well as towards general office costs. 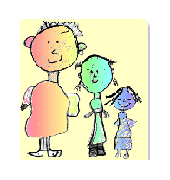 Carefree Kids would like to thank everyone using this site who sponsored Beth, and if you haven’t yet, you still can through: MyDonate Fundraisers BethEite1

The charity’s next fundraising event is a benefit concert by internationally known cellist Alexander Baillie, which will be on Saturday 9 June at Forest School. You can buy tickets now, and the charity would be really grateful if you’d publicise this event for them.

For more information and how to buy tickets go to:

This site uses Akismet to reduce spam. Learn how your comment data is processed.